Links of Interest for Advisors:

Fed Chair Powell outlined a shift towards an average inflation target. Under the new framework, the central bank would allow PCE inflation to run moderately beyond 2.0% overtime to make up for years when it ran below 2.0%.

Clients to Advisors - "But the market is doing so well" Is it? 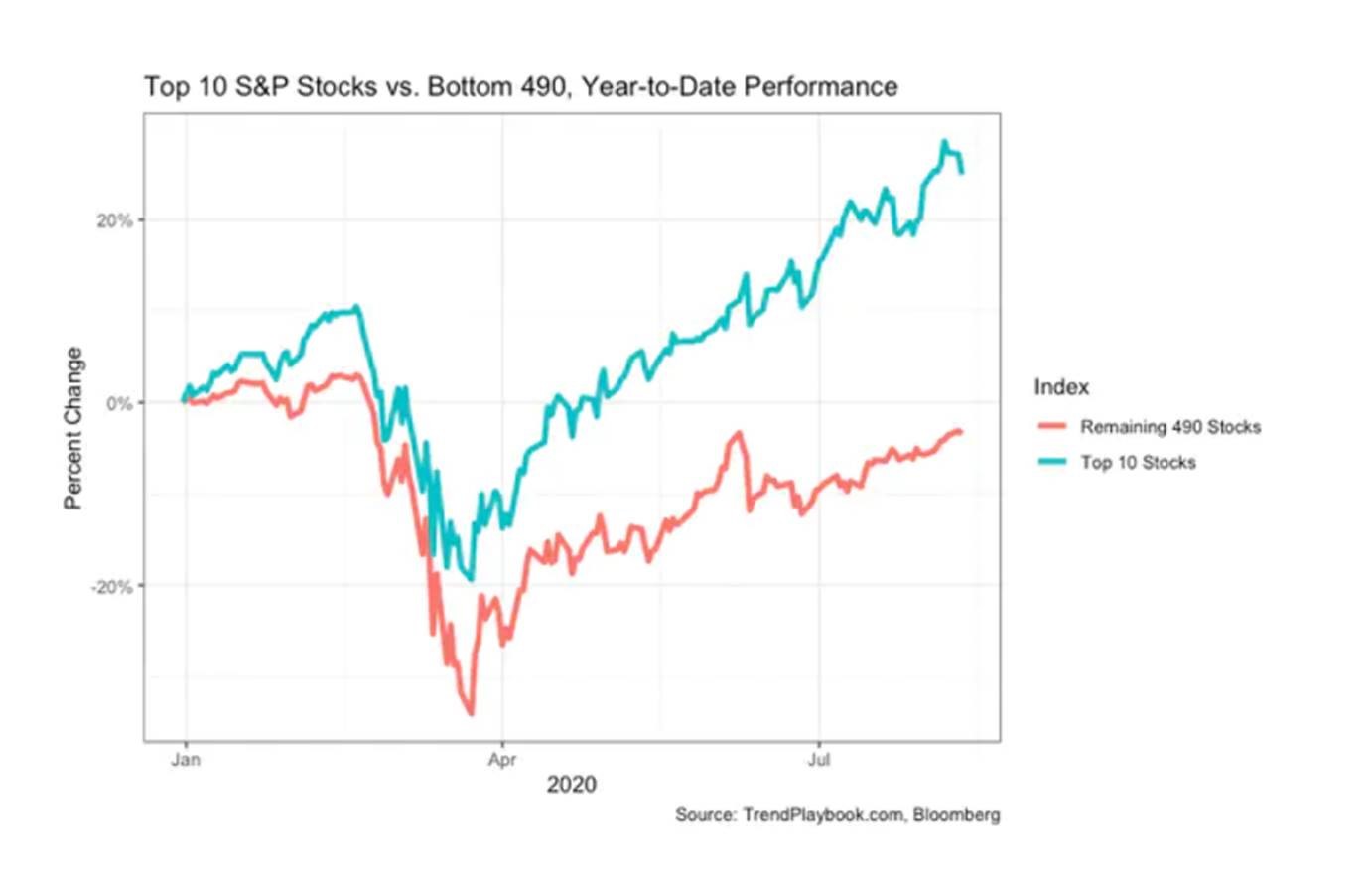 The current dichotomy and bifurcation going on in the market is nothing any of us has seen unless you were around in the 1950s for the Nifty Fifty rally. With the S&P 500 up around 8% year to date, one could easily be led to believe that the market, as a whole is doing quite nicely.  The chart above shows that this is truly not the case.  The mass herding into those FANNMG names and software stocks keeps rocketing higher unabated while the rest of the market languishes behind.  How exactly does this end?  Will the rest of the market catch up to the select few that are powering the S&P 500 higher or will the tech stocks tank to catch down to everything else? 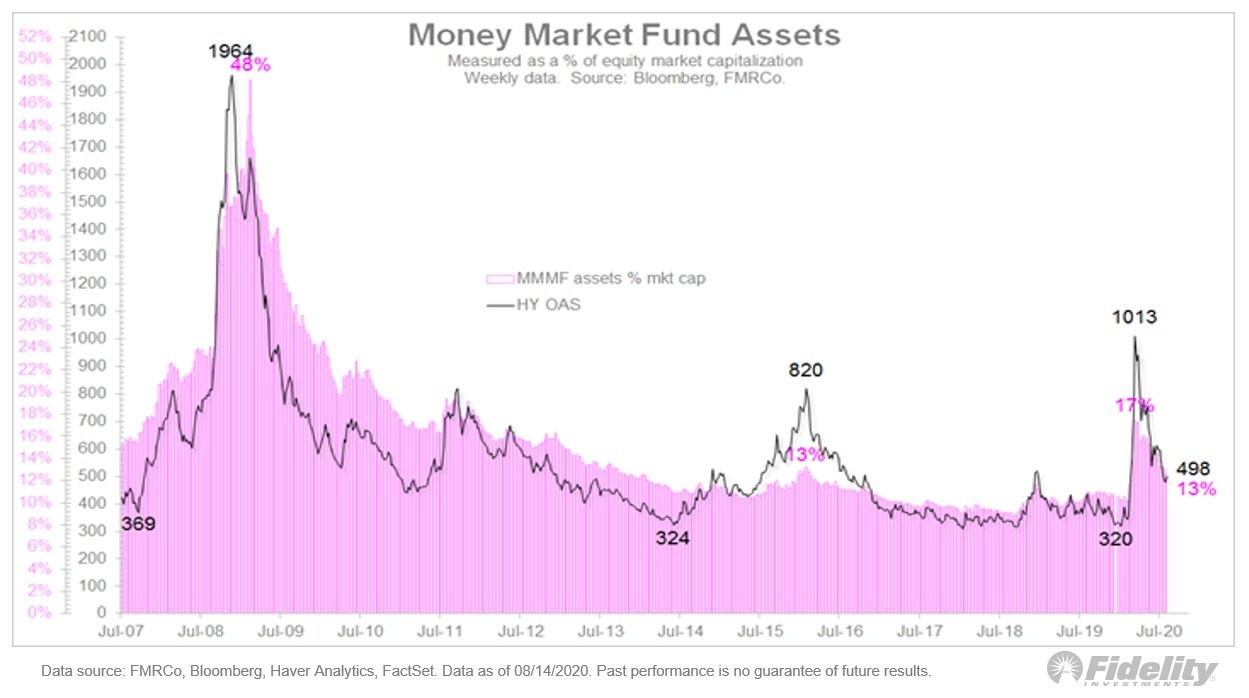 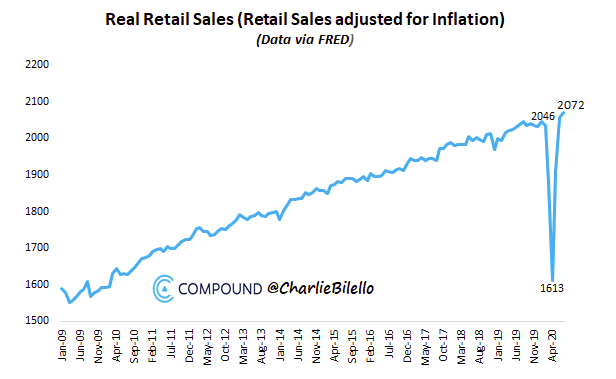 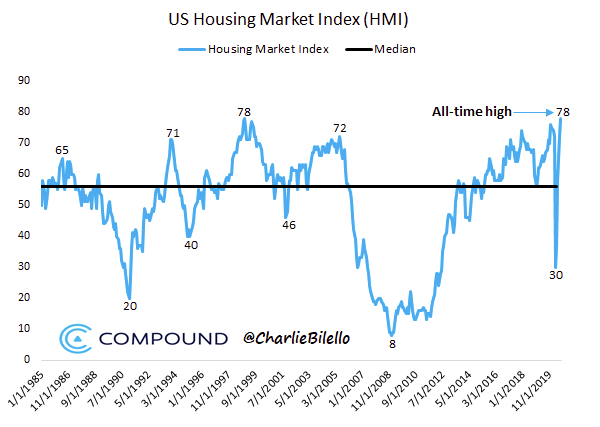 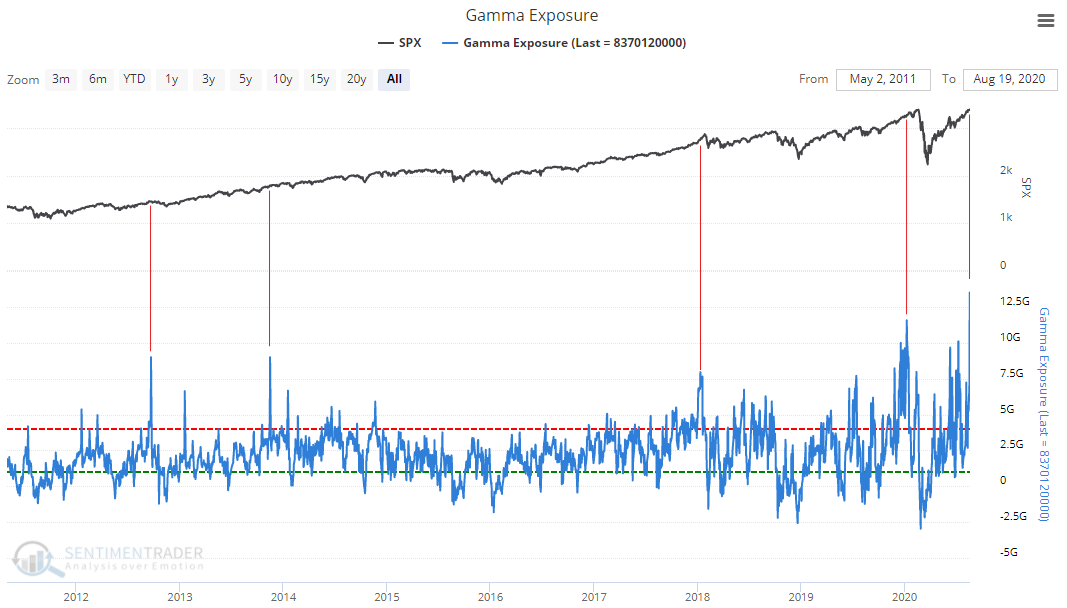 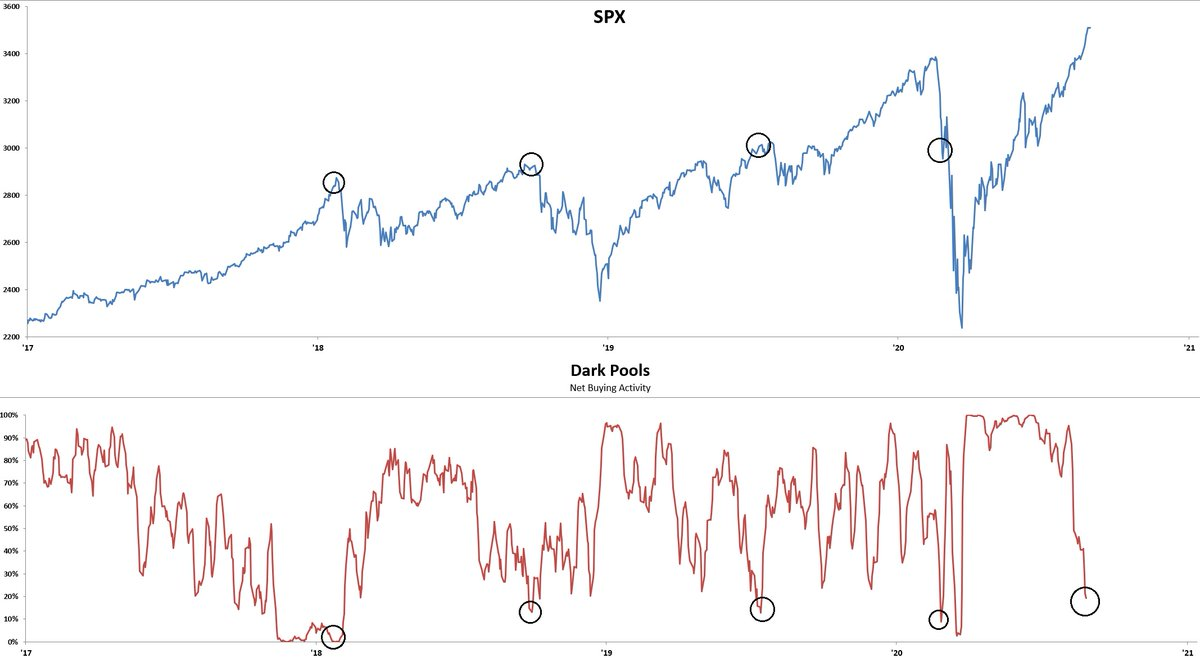